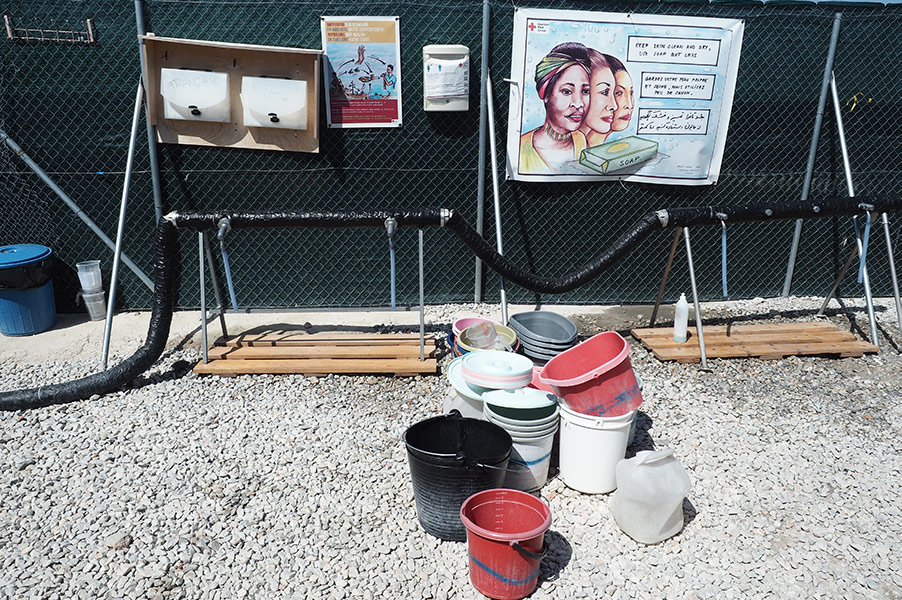 We have worked collaboratively to ensure that the emergency, short-term shower solutions remain a dignified option.

Providing people with the ability to shower is one of our main objectives when it comes to WASH. When Mavrovouni emergency camp first opened, there was no possibility for people to wash, let alone shower. In order to address this immediate need, we worked to provide a short-term solution in collaboration with IOM and the Red Cross.

This temporary solution came in the shape of “bucket showers.” The concept is as straightforward as possible: Plastic cabins which have grey water plumbing, so people can carry a bucket of water and have a private and clean area in which to wash and change. Our first intervention only made provisions for cold water, which as a first phase was better than nothing, however, as it was October, we knew that more had to be done. In fact, the hours in which the bucket showers were most widely used was when the residents had access to electricity, so they could bring boiled water from their accommodation.

Knowing that, on Lesvos, the weather tends to turn from a sunny and mild autumn into a bracing, windy winter seemingly overnight, we saw value in investing time in other, more sustainable solutions. Luckily, at the beginning of November 2020, we were granted permission to carry out the installation of hot water shower containers.

In close collaboration with project partners, Movement on the Ground, we carried out groundworks on-site. We also renovated three shower containers that had been craned out of Moria’s Olive Grove after the fire, and re-established a partnership with a local contractor who maintains the water heating system. There are now 6 freshwater tanks, filled with trucked water twice per day and 5 grey water tanks, which are emptied regularly. The consumption of water amounts to 60,000L per day at full usage. Movement on the Ground’s team of resident volunteers manage the shower area, which has 24 cubicles available for men and 12 for women. The fully automated controls allow the hot water system to run without any input from Watershed technicians, but we always remain available for any maintenance issues, troubleshooting and other technical support.

Meanwhile, the German Red Cross (GRC) worked on providing hot water to additional, more substantial bucket shower areas in the camp. These shower areas were managed by a huge team of community volunteers, established by the GRC. In March 2021, their emergency response mission on Lesvos concluded and they handed over the hot water bucket shower facility management to Watershed. Now we have a dedicated sub-team of around 90 volunteers and 6 supervisors, all currently residing within the camp, who work together to take care of five shower areas around the camp. The teams are present during the opening hours to ensure the area stays clean, is respected and that each user has everything they need to wash, ensuring this short-term solution remains a dignified option.

Population of Mavrovouni RIC, especially those living in the Blue and Yellow zones

Renovation and installation of 3 shower containers (12 shower cubicles each) 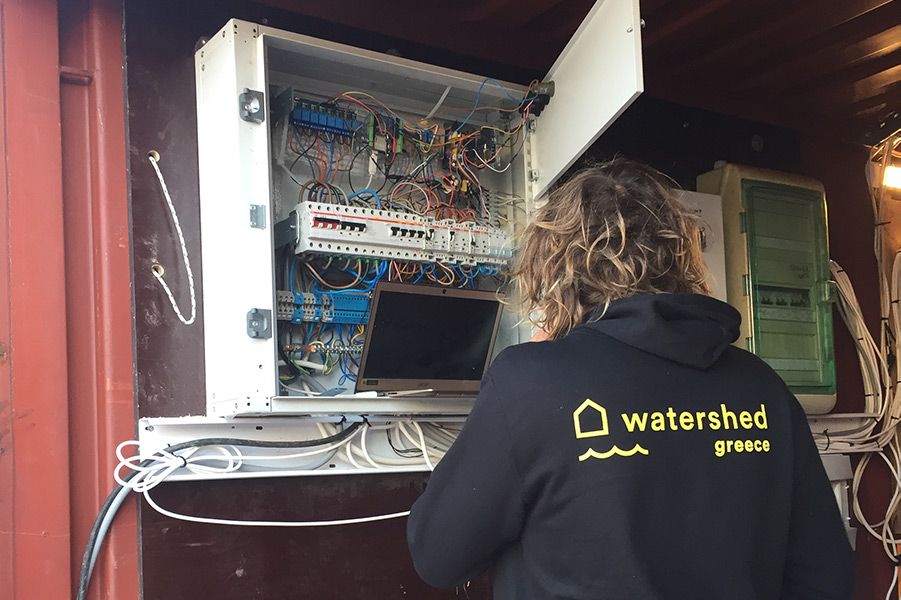 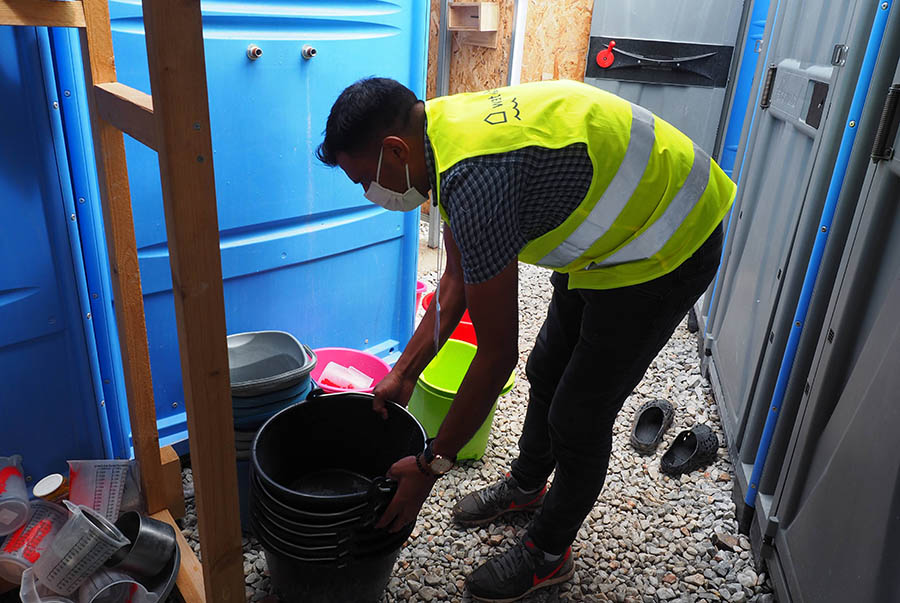